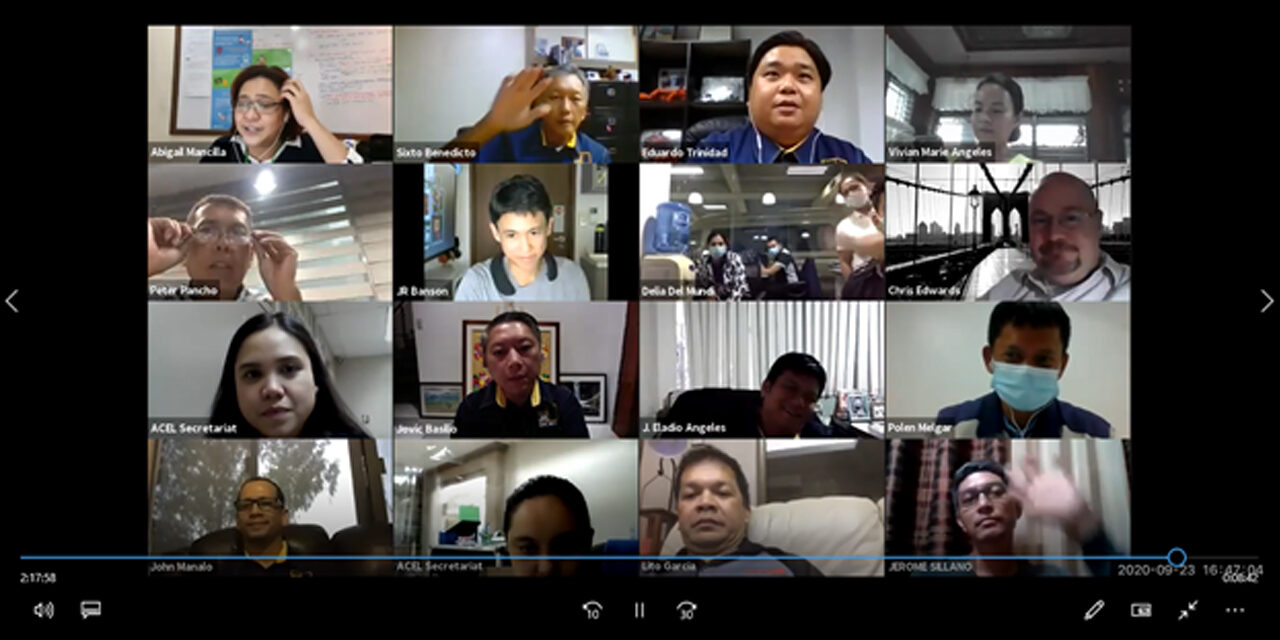 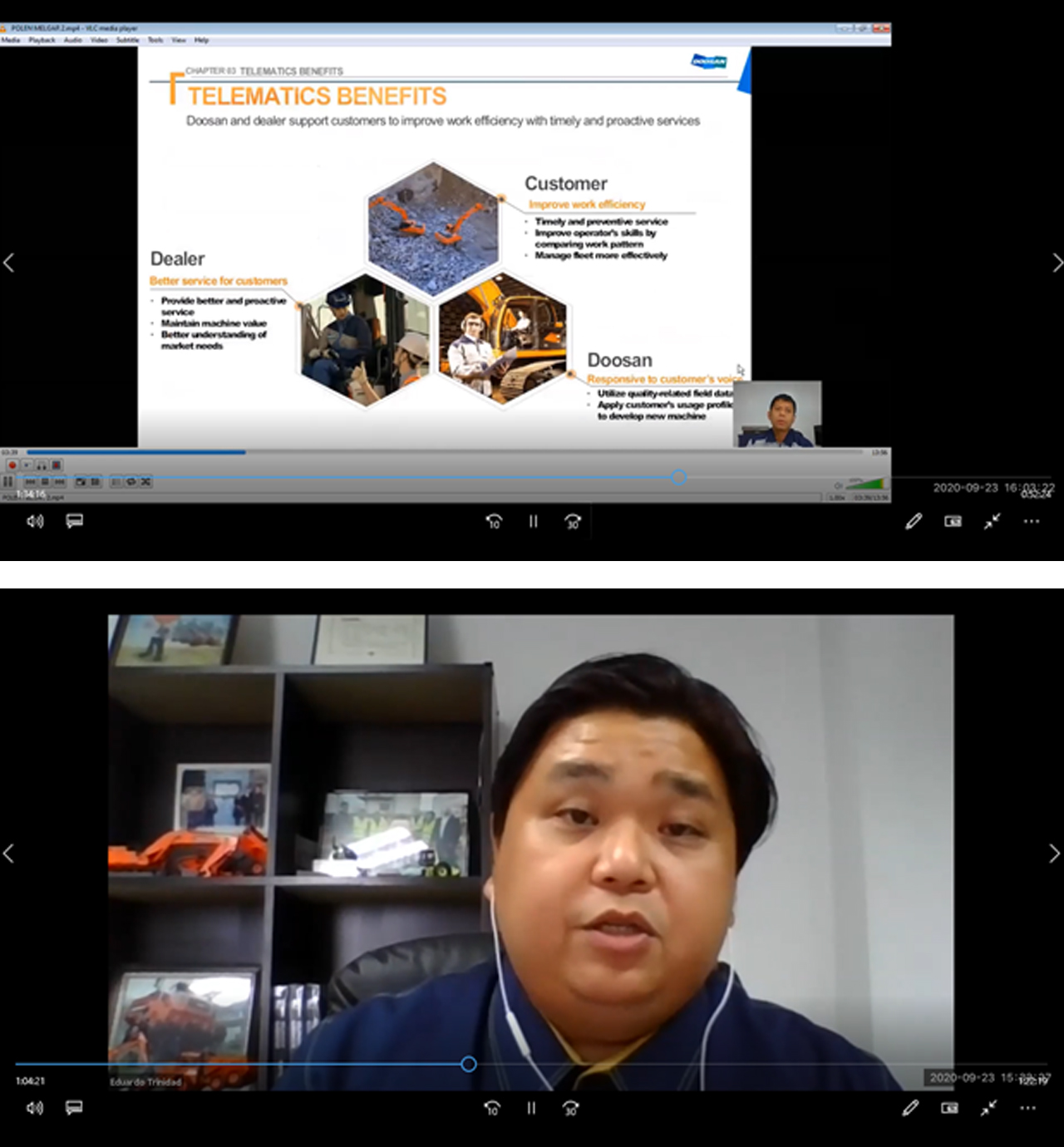 Under today’s so-called “new normal,” not only can meetings be attended without leaving one’s home, monitoring equipment – including fleets of heavy construction machineries – can be done remotely as well. This was a key message that the Association of Carriers and Equipment Lessors (ACEL) imparted to the participants of its second Virtual General Membership Meeting (VGMM) held on September 23, 2020 that featured a presentation on telematics.

An interdisciplinary field that encompasses telecommunications, vehicular technologies, electrical engineering and computer science, telematics has many functions, Polen Melgar, a certified trainor from Inframachineries who served as the resource speaker for the Association’s second VGMM, explained in his talk entitled “The New Normal: Telematics.” “One of the most important ones is that it allows users to effectively monitor equipment in real time from the safety of their homes or offices. And at this time of the COVID-19 pandemic when social distancing is a requirement, it is best to maximize the potential of telematics,” he pointed out

Social distancing was very much in the minds of ACEL officers when they decided to again use Zoom, a popular cloud-based conferencing platform, to conduct a second VGMM, the Association’s third general membership meeting for the year.  But unlike the July meeting – ACEL’s first VGMM – which was streamed live on the Association’s Facebook page, the September gathering was made available for viewing the following day when an edited video recording of the event was posted on Facebook.

As can be expected, the technical glitches that were experienced during the first VGMM have all been sorted out, eliciting comments of “much better tech flow” from the meeting’s 50 “attendees” that again included past ACEL presidents Lito Garcia, Tito Manalo and Peter Pancho.

As usual, the meeting also had a product presentation which was handled by Inframachineries, one of the event’s sponsors. Eduardo “Ed” Trinidad, ACEL president, who decided last July to forego his President’s Talk to provide the Association’s Directors the chance to give updates on their respective committees, made use of his segment this time. He discussed ACEL’s active participation as a member of the National Capital Region Technical Education and Skills Development Committee, the body that is drafting the implementing rules and regulations for Technical and Vocational Education and Training (TVET) under the “new normal.” He likewise gave updates on the resolutions and workplans for the industry forums that the Association conducts as well as for the skills assessments of construction industry workers that will be resumed as soon as these are allowed.

But as with all Association’s gatherings, last September’s VGMM was not entirely about business. There were a number of fun portions too, beginning with the Trivia Games that proved to be big hit among the participants. Then there was the bidding for “special” copies of the 26th edition of the ACEL Equipment Guidebook where copies numbered 100, 200, 300, 400 and 500 were auctioned. And, finally, to cap the event, there was the raffle where car air purifiers, UVC (ultraviolet-C) wands, air purifying necklaces and a big air purifier were raffled off.