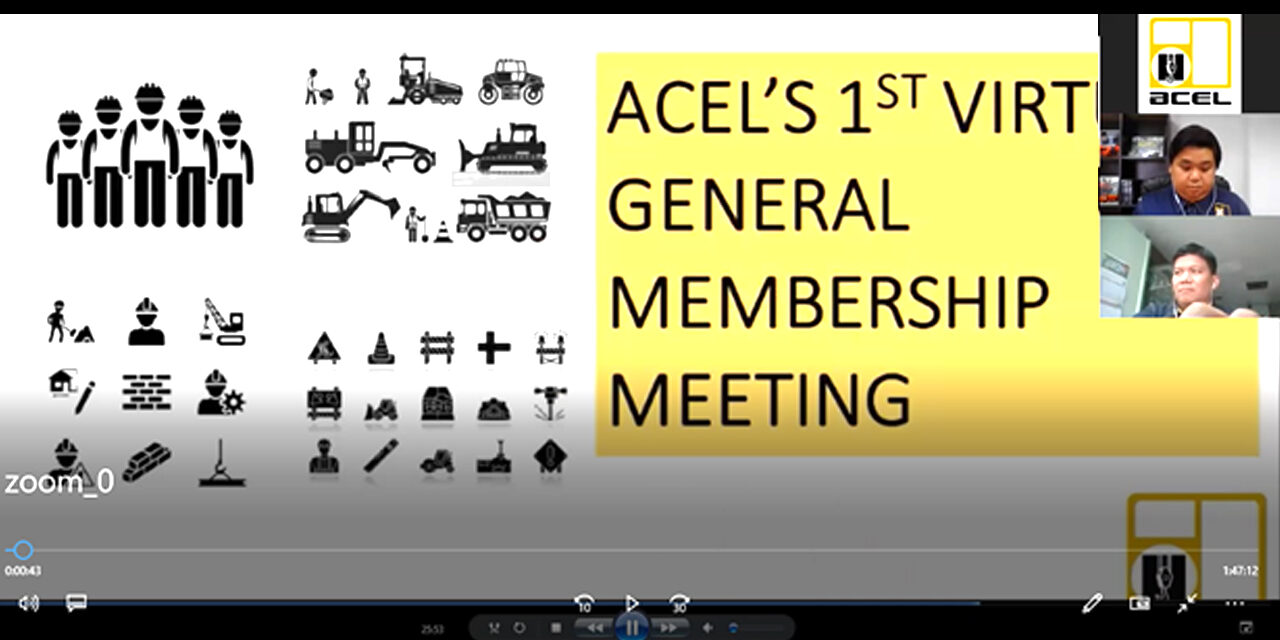 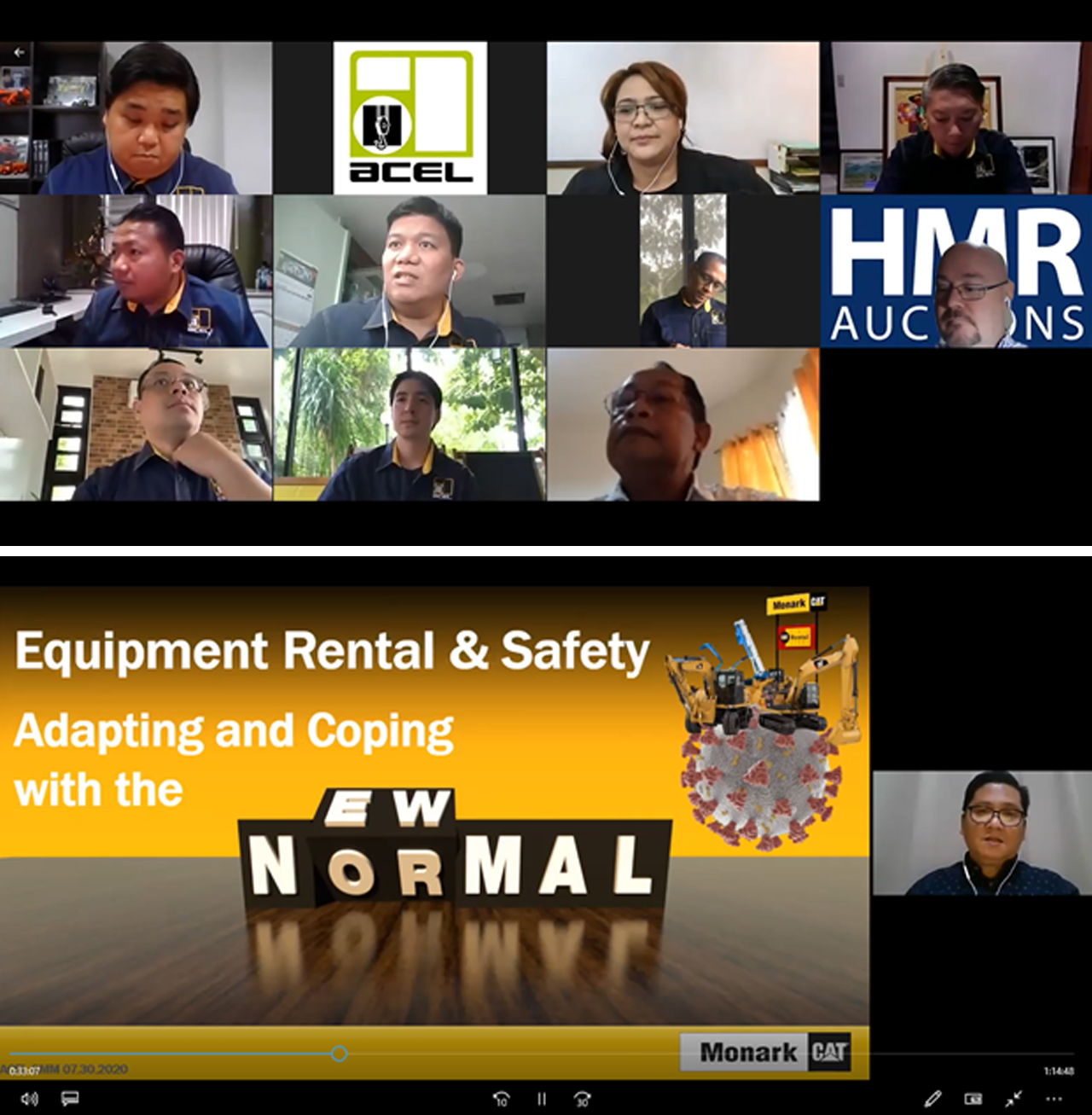 In observance of the health protocols imposed by the government to prevent the spread of COVID-19, the Association of Carriers and Equipment Lessors (ACEL) held its second General Membership Meeting for this year online to mark its first foray into the so-called “new normal.”

Held on July 30, 2020, the event – the Association’s first Virtual GMM – was conducted via Zoom, a popular cloud-based conferencing platform, and was streamed live on ACEL’s Facebook page. Being the Association’s initial attempt at holding an online meeting with several participants, a few technical difficulties were experienced, but these did not daunt the ACEL members who eagerly “attended” the gathering. The meeting, which was hosted by Abigail “Abi” Mancilla, the Association’s treasurer, had 48 attendees at the start, a number that grew to 54 at the end.

Attendees included some notables such as past ACEL presidents Lito Garcia, Tito Manalo, Peter Pancho and Jun Elepano; directors of the ACEL Davao Chapter; as well as Barry Paulino of the Philippine Constructors Association (PCA).

Following the usual format of the Association’s GMMs, the July meeting was highlighted by a presentation on a topic of current interest – and, in this regard, the presentation for ACEL’s first VGMM certainly lived up to its billing. Focused on “Equipment Rental & Safety: Adapting and Coping with the New Normal,” the presentation was exactly what the attendees wanted to hear. In his talk, the resource speaker, Mar Santos, vice president for Rental Machines and Allied Sales & Services of Monark Corporation, provided many useful and timely information on safety protocols in workforce and equipment deployment.

The VGMM also had a product presentation that was handled by Chris Edwards of HMR Auctions. However, in a slight variation from the usual GMM format, instead of the President’s Talk, all the ACEL Directors gave short updates on what their respective committees were doing.

The online meeting was also highlighted by a bidding for selected copies of the 26th edition of the ACEL Equipment Guidebook. Following the Association’s usual practice, copies from the first printing of this handbook are numbered from 1 to 1,000. During the July VGMM, copies numbered 8, 88, 888 and 168 were bid out which attracted the attendees’ lively participation, including some heated yet friendly competition.

The fun that was generated by the bidding crescendoed further with the holding of the raffle. To cap the virtual meeting, ACEL raffled off food certificates from Four Bowls, a Japanese restaurant; car air purifiers; air purifying necklaces; UVC (ultraviolet-C) wands; and, in recognition of the current health needs, rapid COVID-19 test kits and high-end face masks.