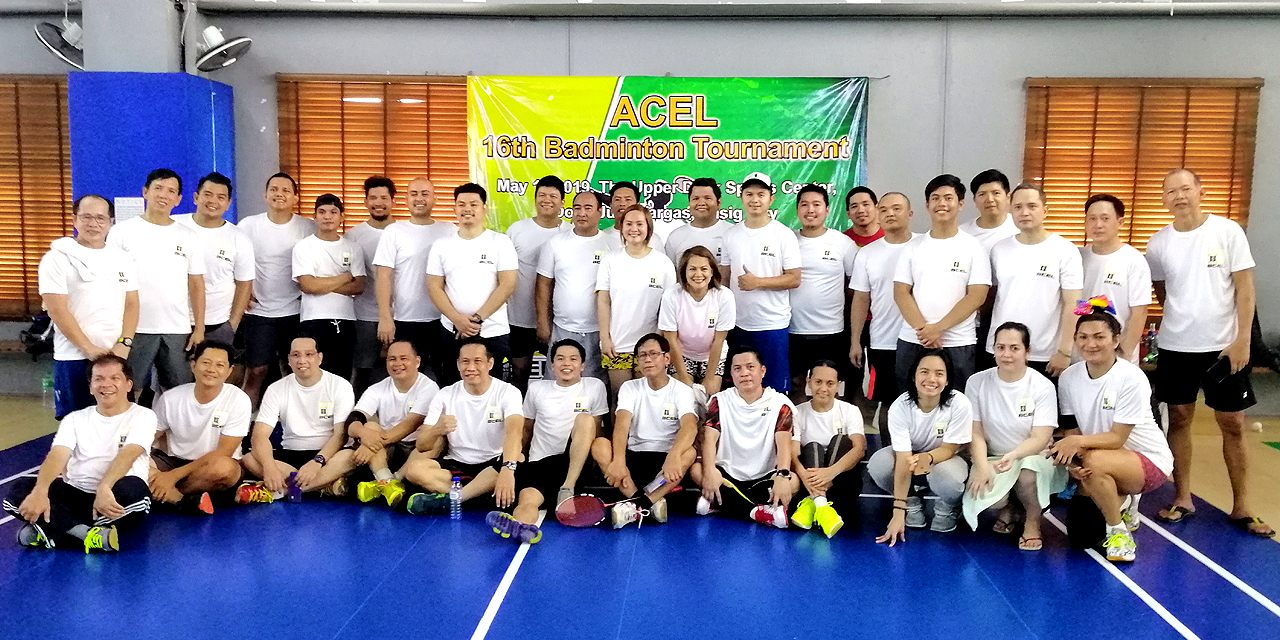 First Philippine Skills & Equipment Testing Corporation topped one division and took runner-up honors in another to become the most successful campaigner in the 16th Badminton Tournament of the Association of Carriers and Equipment Lessors (ACEL) that was held last May 18, 2019 at the Upper Deck Sports Center in Pasig City.

The event which attracted 42 players from different ACEL member-companies as well as several industry friends was kicked off by Eduardo P.  Trinidad, the Association president, and J. Eladio L. Angeles, first vice president and badminton tournament head, who both gave opening remarks. Juanito Cruz of ______________  led the opening prayer.

The First Philippine Skills & Equipment Testing Corporation team of Nat delos Santos and Mhy Jimenez emerged as Class A champion, while the tandem of Suzette Pineda and Benedict Garcia earned the first runner-up prize in Class C. Winning their division was a particularly sweet victory for Nat and Mhy as they were able to improve on their first runner-up finish in last year’s tournament.

The Class A first runner-up plum this year went to the IPM Construction & Development Corporation team of Juanito Cruz and Mario Bernal.

The Livan Trade Corporation pair of Alex Garcia and Debbie Estrella won the Class B championship by besting the Tire Asia duo of JojoEstorque and Mike Baile who had to settle for the first runner-up trophy. Over at Class C, Mark delos Reyes and Rommel Saldana of Monark Equipment Corporation were declared division champion after they defeated the First Philippine Skills team of Suzette and Benedict.