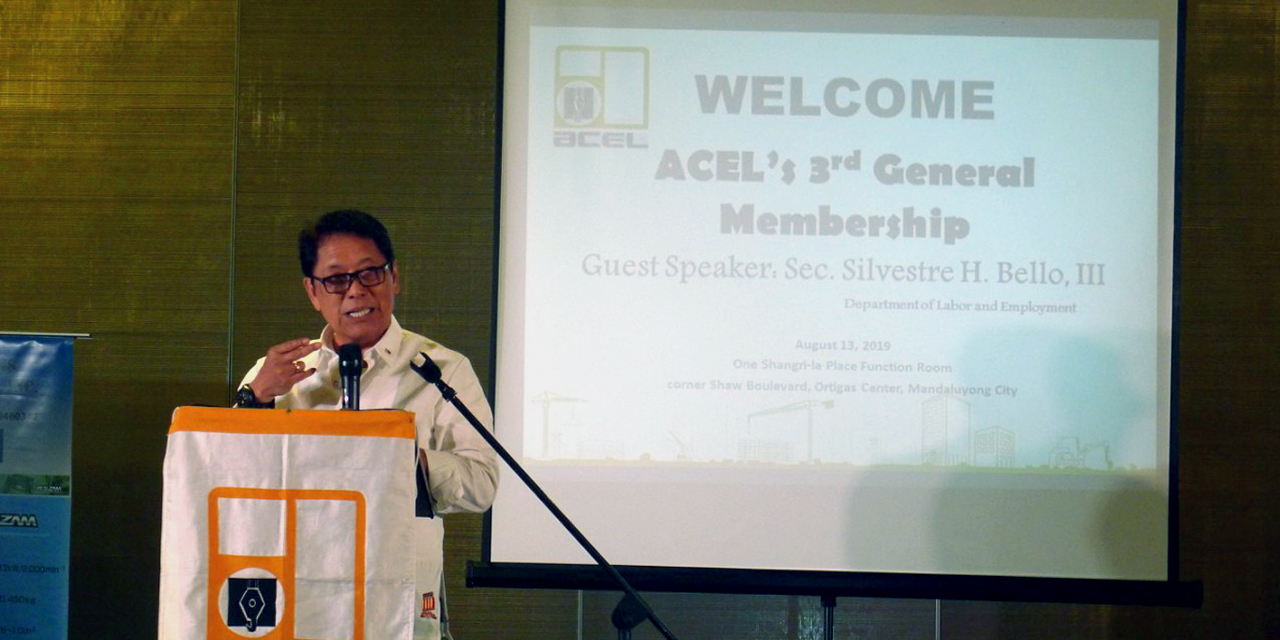 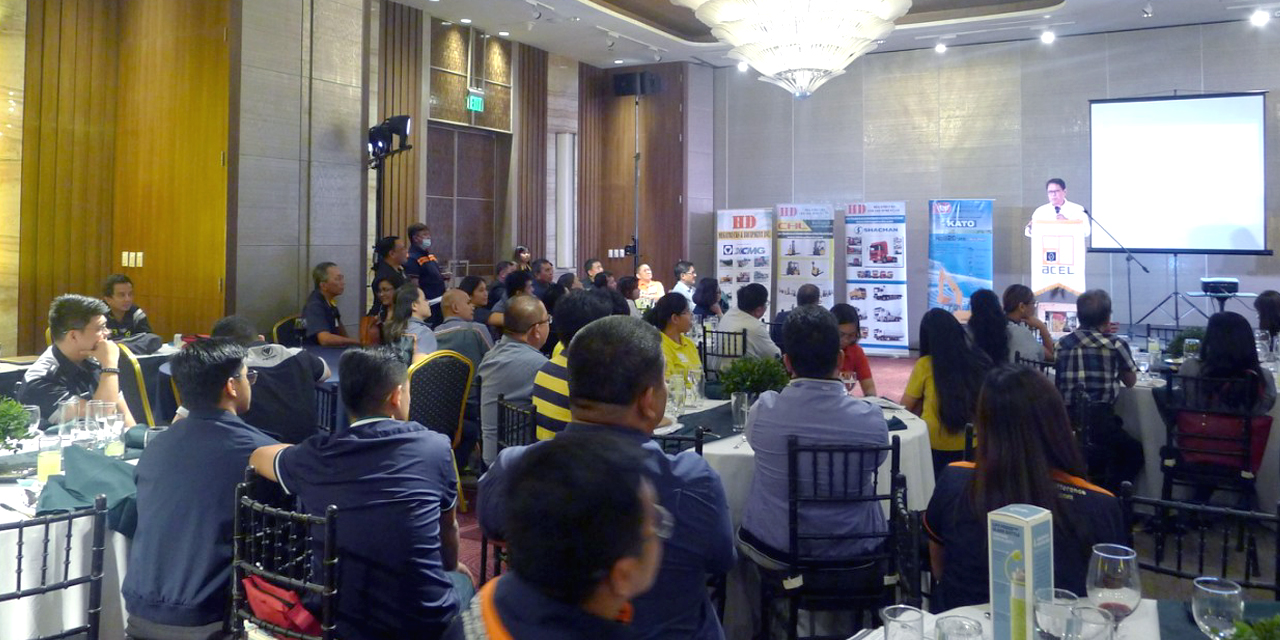 The Association of Carriers and Equipment Lessors (ACEL) is “a pillar and catalyst” of the country’s growth in the area of construction equipment and manpower as well as in the economy as a whole.

This much-appreciated accolade came from no less than Secretary Silvestre Bello III of the Department of Labor and Employment (DOLE) when he addressed the ACEL membership as the guest speaker of the Association’s third general membership meeting for the year that was held at One Shangri-La Place last Aug. 13.

“You have shown to be a viable partner of government in nation-building,” he said, specifically citing ACEL’s partnership with the Technical Education and Skills Development Authority (TESDA). This, he noted, “has tremendously contributed in supplying the skilled worker requirement of the big-ticket infrastructure projects” under President Rodrigo Duterte’s Build! Build! Build! Program.

ACEL’s partnership with TESDA is a continuing initiative, according to Eduardo P. Trinidad, the Association’s president, who reported to the members during the meeting’s President Time segment, that the two organizations are currently in the process of reviewing the Training Regulation (TR) for Heavy Equipment Regulation.  ACEL, he said, provided the technical experts who reviewed and updated the TR which is scheduled to be presented to the TESDA board in the last quarter of this year.

In his update regarding the various seminars and training programs the Association conducted in the first quarter of 2019, Trinidad announced that all ACEL seminars now carry Continuing Professional Development (CPD) points for civil and mechanical engineers.