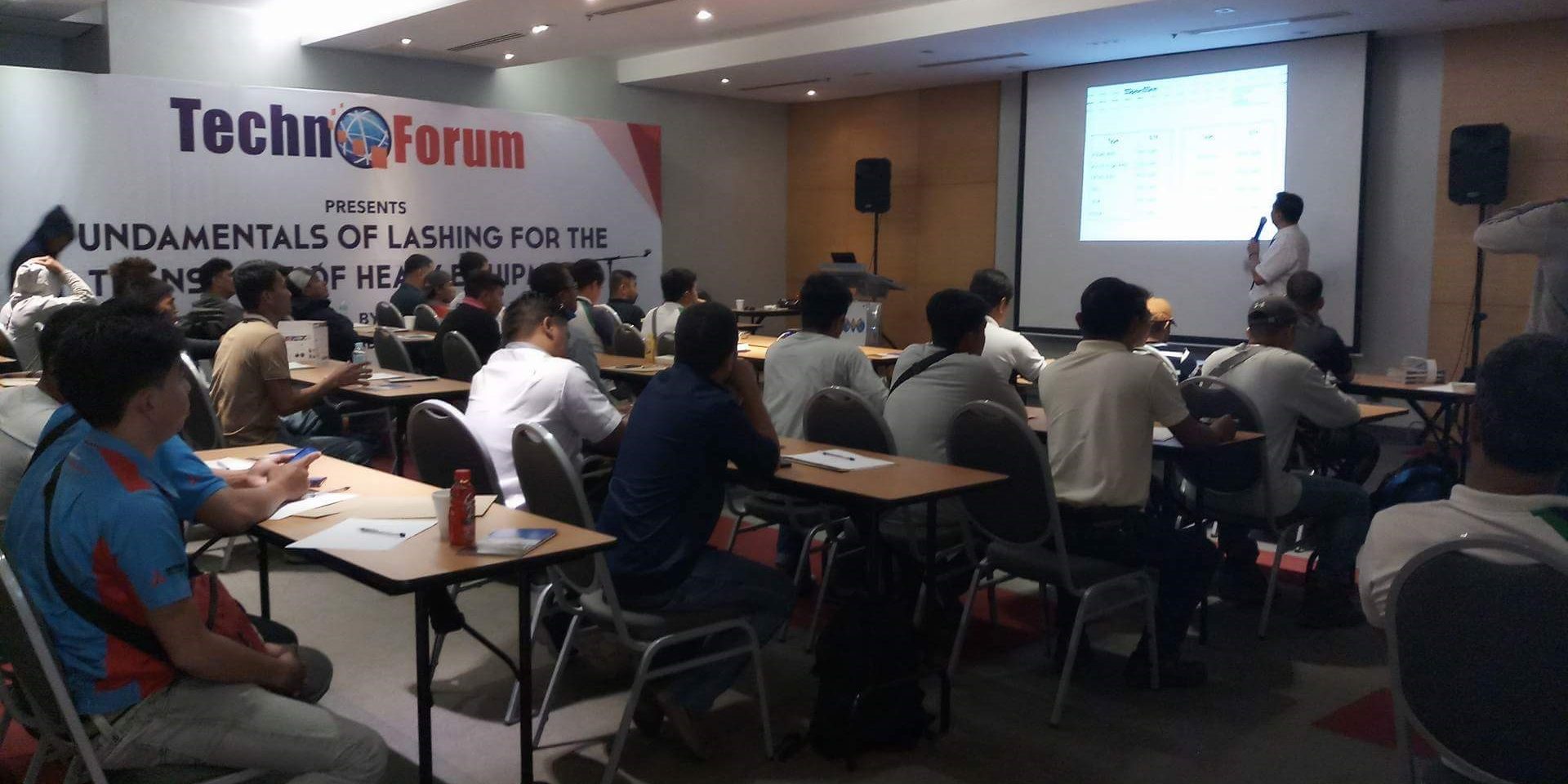 Philconstruct, the Philippine construction’s industry biggest expo, held its 28th staging on January 6-9, 2018 at the SMX Convention Center and World Trade Center. A project of the Philippine Construction Association (PCA), this annual event, made up of an exhibit and technical seminars, called technoforums, is co-organized by the Association of Carriers and Equipment Lessors (ACEL).

As its participation in last January’s event, Philconstruct’s Manila leg, ACEL organized six technofurms, a leadership workshop and a simulator display at the World Trade Center. The first technoforum, held on January 6, focused on “Safety on Rigging.” Conducted by Clemente Rey Dorosan of the Crosby Group, the seminar was attended by 45 participants. A “Quarry Academy Seminar,” which was held on January 6-7, attracted 65 participants. Sponsored by Inframachineries Corporation, this technoforum had Paulo Prazeras as speaker.

On January 8, three technoforums were held. The first one, which dealt with the “Fundamentals of Lashing for Transport and Heavy Equipment,” featured Joseph Halim as speaker and was attended by 46 participants. The second was the “Equipment Resource Allocation Workshop Seminar.” Handled by Rodolfo C. Menguita, it had 48 participants. The third was the “Scaffolding Seminar” which had Romeo Sevillo Jr. of RMD Kwikform Phils. Inc. as speaker. It attracted 46 participants.

On January 9, Philconstruct’s last day, a “Defensive Seminar” was held. With Edmundo M. Ruiz as speaker, it was attended by 19 participants. On the same day, a Leadership “Ala Carte” Seminar Workshop was conducted by Rodolfo C. Menguita. Attended by 22 participants, this was a six-hour session designed to turn participants into more effective leaders. This was done through a thorough discussion of a research-based study on the characteristics and qualities of some of the most admired leaders from around the world. It also focused on their best practices which made them exemplary leaders.

Throughout Philconstruct’s four-day run ACEL also mounted a simulator display which allowed expo visitors to experience how to operate a hydraulic excavator.

Touted as the biggest Philconstruct staged so far, the January event attracted more than 1,500 companies that put on display the latest building materials and construction equipment. Exhibitors and guests from 23 countries also participated in the expo. Aside from the Philippines, countries that had the biggest representation at the event were China, the European Union, Germany, Italy, India, Japan, Jordan, Korea, Malaysia, Singapore, Spain, Taiwan, Vietnam, and the United States.