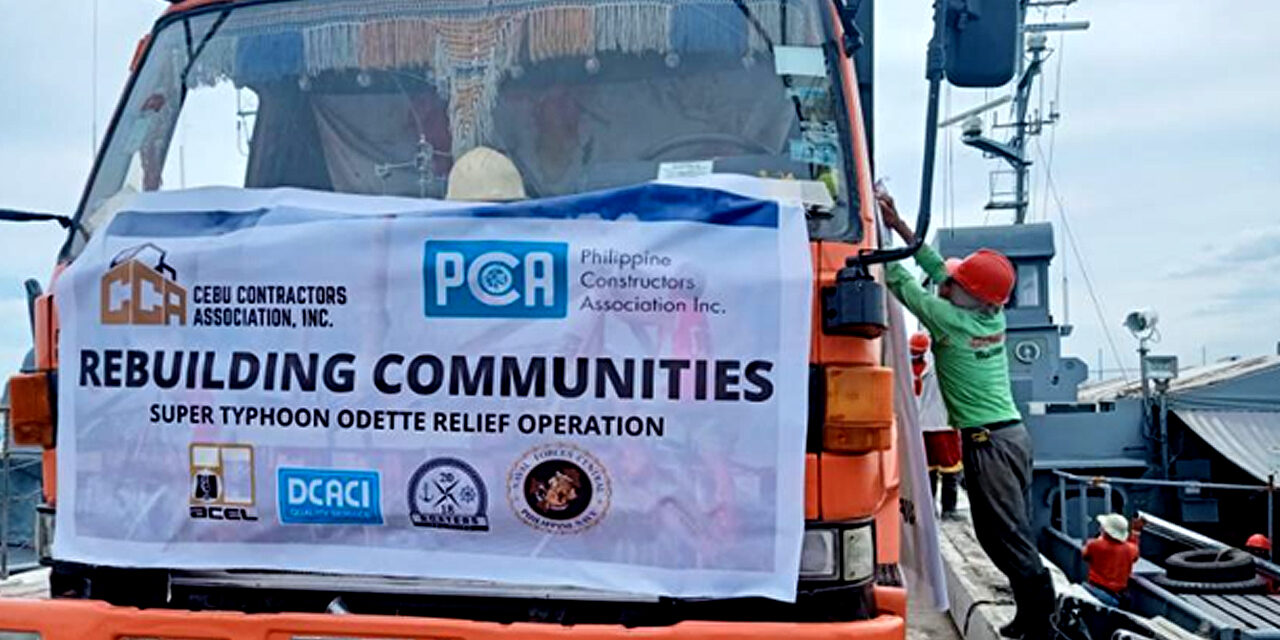 Food untainted by the rains and mud for themselves and their families, and construction materials for rebuilding their homes destroyed by the typhoon. These were the immediate needs of the typhoon victims in the aftermath of Odette, a super typhoon that wreaked havoc on Mindanao and the Visayas just a few days before Christmas last year.

Responding quickly, the Association of Carriers and Equipment Lessors (ACEL) immediately raised funds from its members and supporters which it then sent to its two provincial chapters that operate in the areas devastated by the typhoon. On Dec. 28, 2021, shortly after Odette exited the Philippine area of responsibility (PAR), a check for P100,000 was sent to the Association’s Cebu Chapter, while a check for P150,000 was remitted to the Davao Chapter.

The Cebu Chapter used the funds to buy construction materials and tools which were distributed to the typhoon victims in the region. The Davao Chapter, on the other hand, bought sacks of rice which it brought to the evacuation centers in Dinagat Island, Siargao and Surigao del Norte where thousands of families made homeless by Odette were staying.

The strongest typhoon to hit the Philippines last year and the costliest in the country’s history in terms of the damage it caused (US$1.02 billion as of the last estimate), it also made landfalls in Eastern, Central and Western Visayas. The provinces of Southern Leyte, Bohol and Cebu borne the brunt of Odette’s fury.

“I would like to express my heartfelt thanks to our Cebu and Davao Chapters, headed by Segundino Selma III and Dino Mae Suelto, respectively, for their quick action and selfless act of assisting the typhoon victims in their areas,” J. Eladio Angeles, ACEL president, said. “We should keep in mind that, although many of their members were themselves affected by the typhoon, they still chose to prioritize extending much needed help to those more seriously impacted by Odette.”