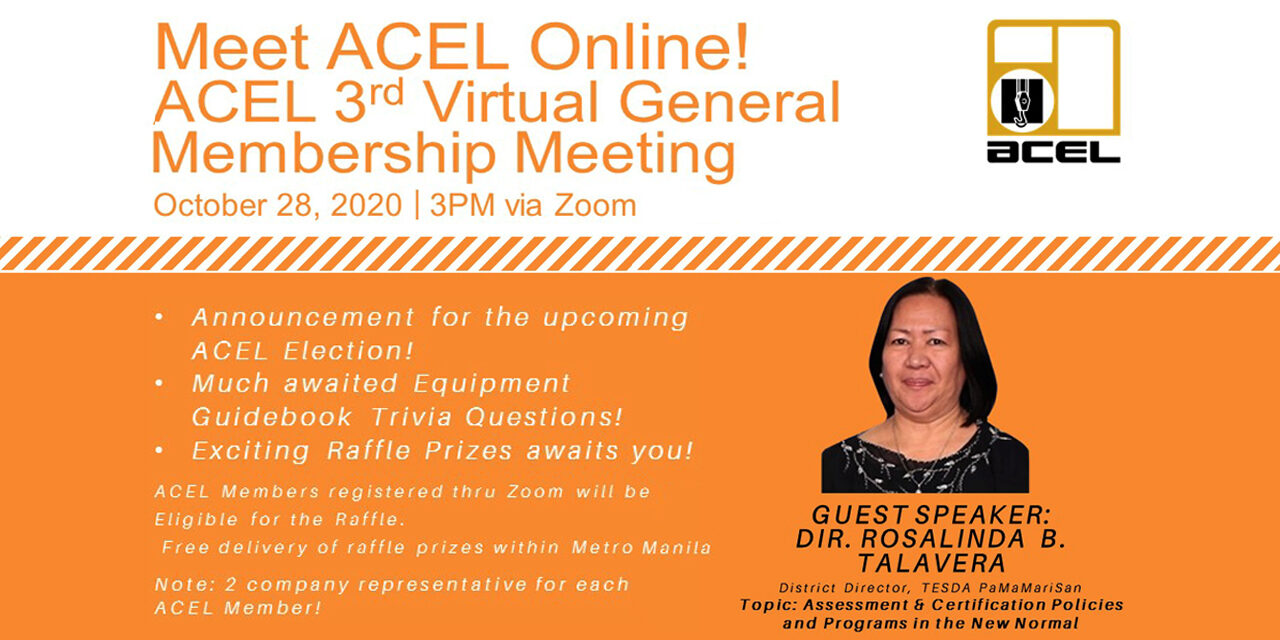 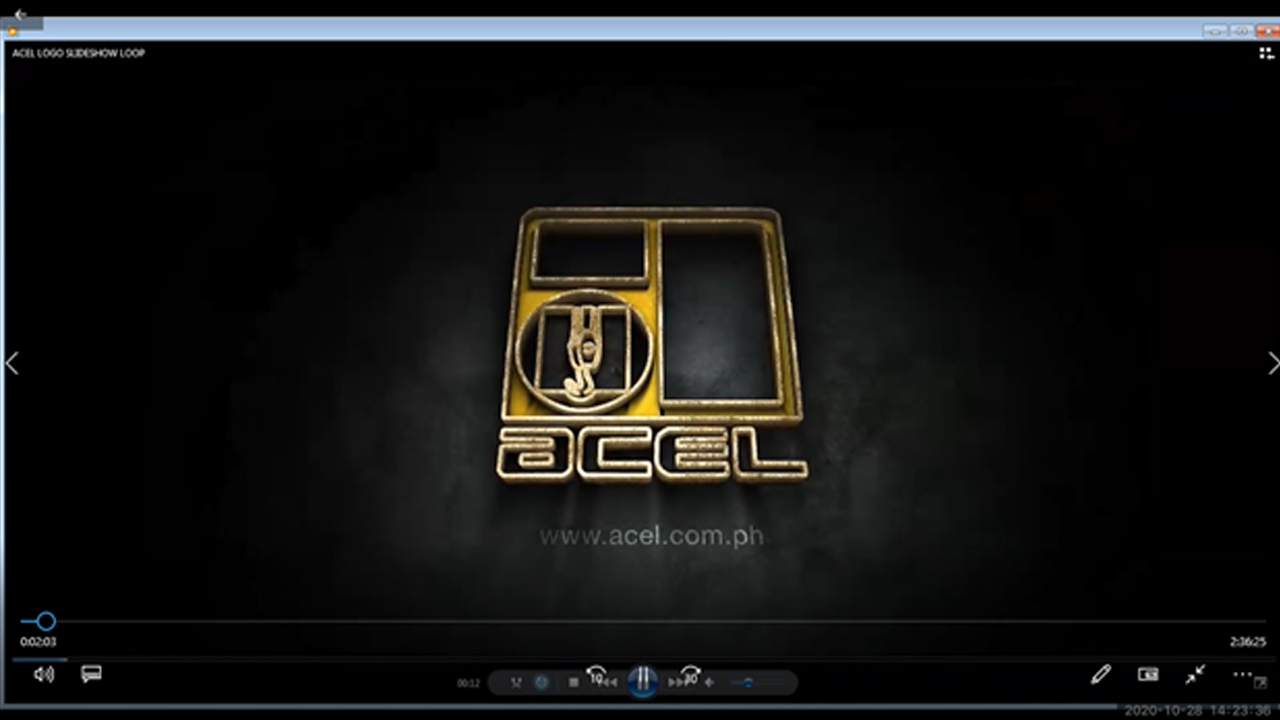 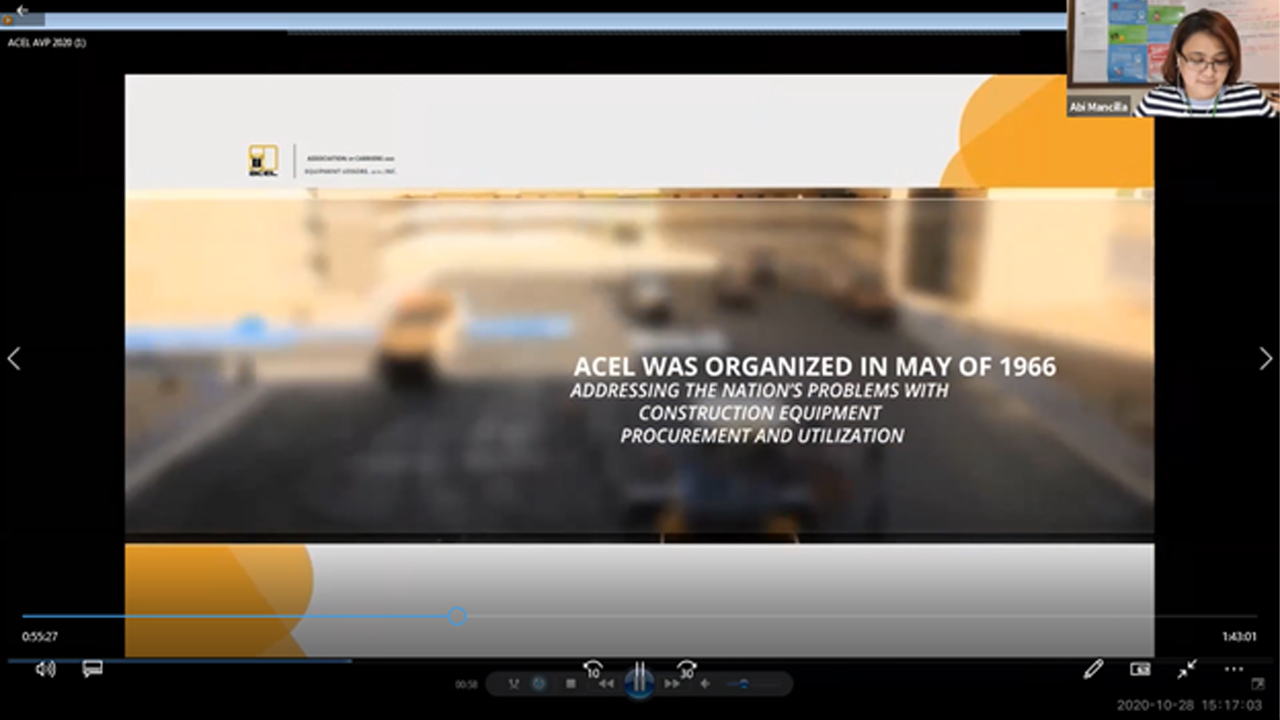 The assessment and certification policies of the Technical Education and Skills Development Authority (TESDA) under the so-called “new normal” took center stage at the third Virtual General Membership Meeting (VGMM) of the Association of Carriers and Equipment Lessors (ACEL).

Held on October 28, 2020, the meeting, like the previous two GMMs that were also held virtually, was conducted via the Zoom online platform. Hosted by ACEL Director Abigail S. Mancilla, Vice President of the First Philippine Skills and Testing Corporation, the meeting was “attended” by 64 Association members.

The meeting’s guest speaker was Dir. Rosalinda B. Talavera, TESDA Pasig, Mandaluyong, Marikina, San Juan (PaMaMariSan) district director, who spoke on the authority’s “Assessment and Certification Policies and Programs in the New Normal.” In her talk, Director Talavera discussed the amended as well as the supplemental guidelines governing TESDA’s technical vocational education and training (TVET) programs during the COVID-19 health crisis. She also explained how the construction sector can adapt to these guidelines. Her talk was followed by a lively question and answer (Q&A) portion.

However, like most ACEL activities, the third VGMM was not all about business. There were also several fun parts that, in this instance, took the form of trivia questions which had the meeting attendees competing to answer. The questions – and, thus, their answers as well – all came from the 26th edition of the ACEL Equipment Guidebook which was featured in the Association’s first and second VGMMs.

The questions, which popped out in various spots throughout the meeting, were read by different ACEL members and officers. These included Vivian Angeles of Olympic Engineering, Francis Cruz of Frey-Fil Corporation, Jun Elepaño of DMCI who served as ACEL president in 1996 and 1997, Marc Trinidad of Inframachineries Corporation, Dino Selma III of Anseca Development Corporation and concurrent ACEL Cebu president, and Peter Pancho of C.M. Pancho Construction Inc. who also served as the Association’s president in 2010 and 2012. Even TESDA PaMaMariSan Director Talavera joined the fun by asking one of the questions live (unlike the others whose questions were pre-recorded).

The meeting was also highlighted by two video presentations: a 5-minute documentary about the Association entitled “ACEL’s History Through the Years” and a brief animated video featuring the ACEL logo.