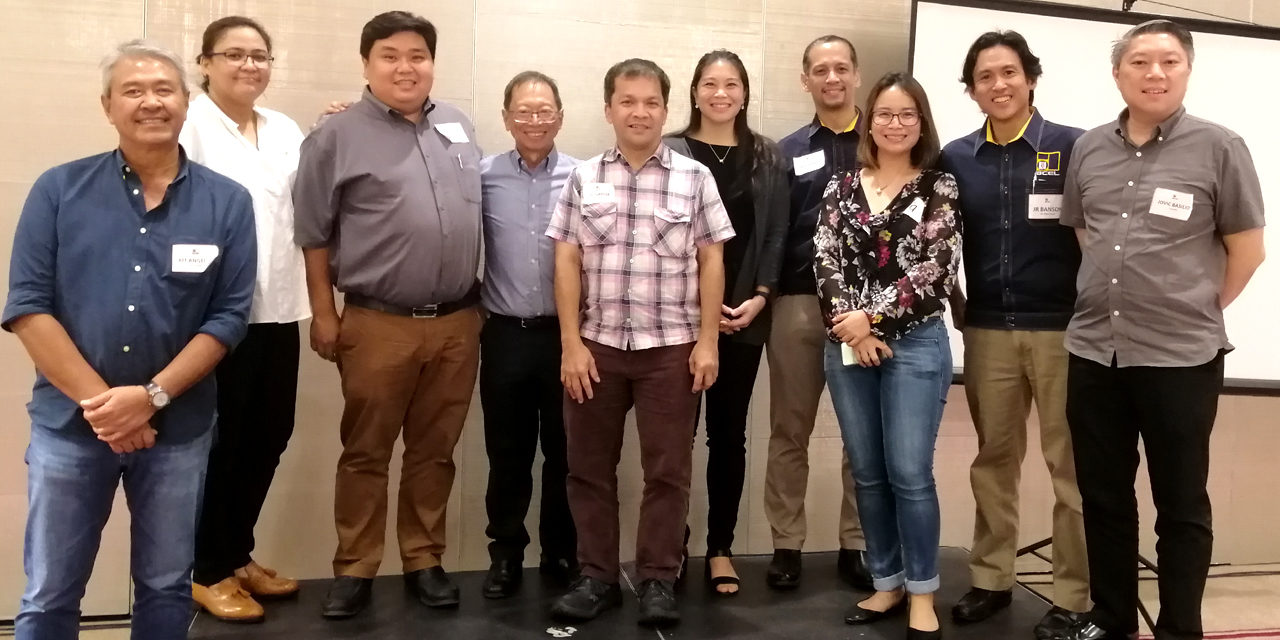 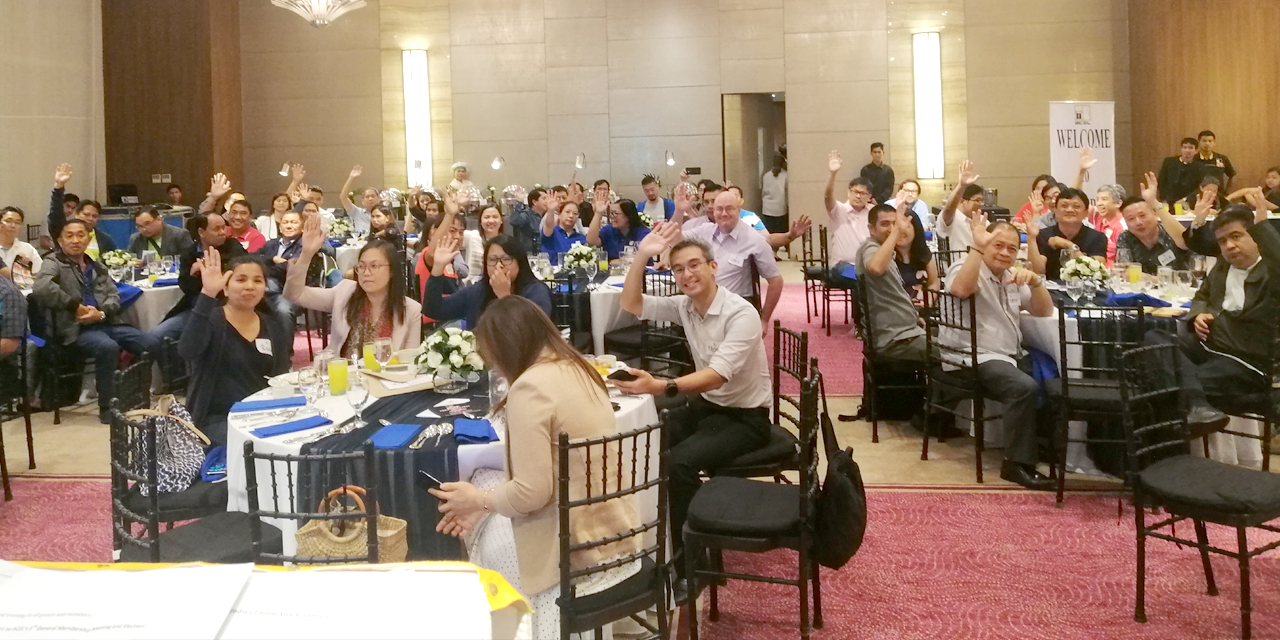 The 2019 officers of the Association of Carriers and Equipment Lessors (ACEL) were unanimously reelected to comprise the 2020 board of directors in the elections that highlighted the Association’s general membership meeting (GMM) last November 21, 2019.  The meeting, the fifth GMM for the year, was held at One Shangri-La Place in Mandaluyong City and was attended by representatives from 75 member-companies of ACEL.

Kit Angeles, ACEL president for 2001 and 2004, served as the meeting’s master of ceremonies. He also chaired the Comelec Committee which had JR Banson of Monark Equipment and Lito Garcia of Livan Trade as members.

Although ballots were distributed to the meeting’s attendees, a proposal to conduct the election through a simple show of hands was quickly approved since the same officers from 2019 were the only nominees for the 2020 board.

After their election, the 2020 officers gathered for a meeting to discuss the committees they will chair and actively participate in.