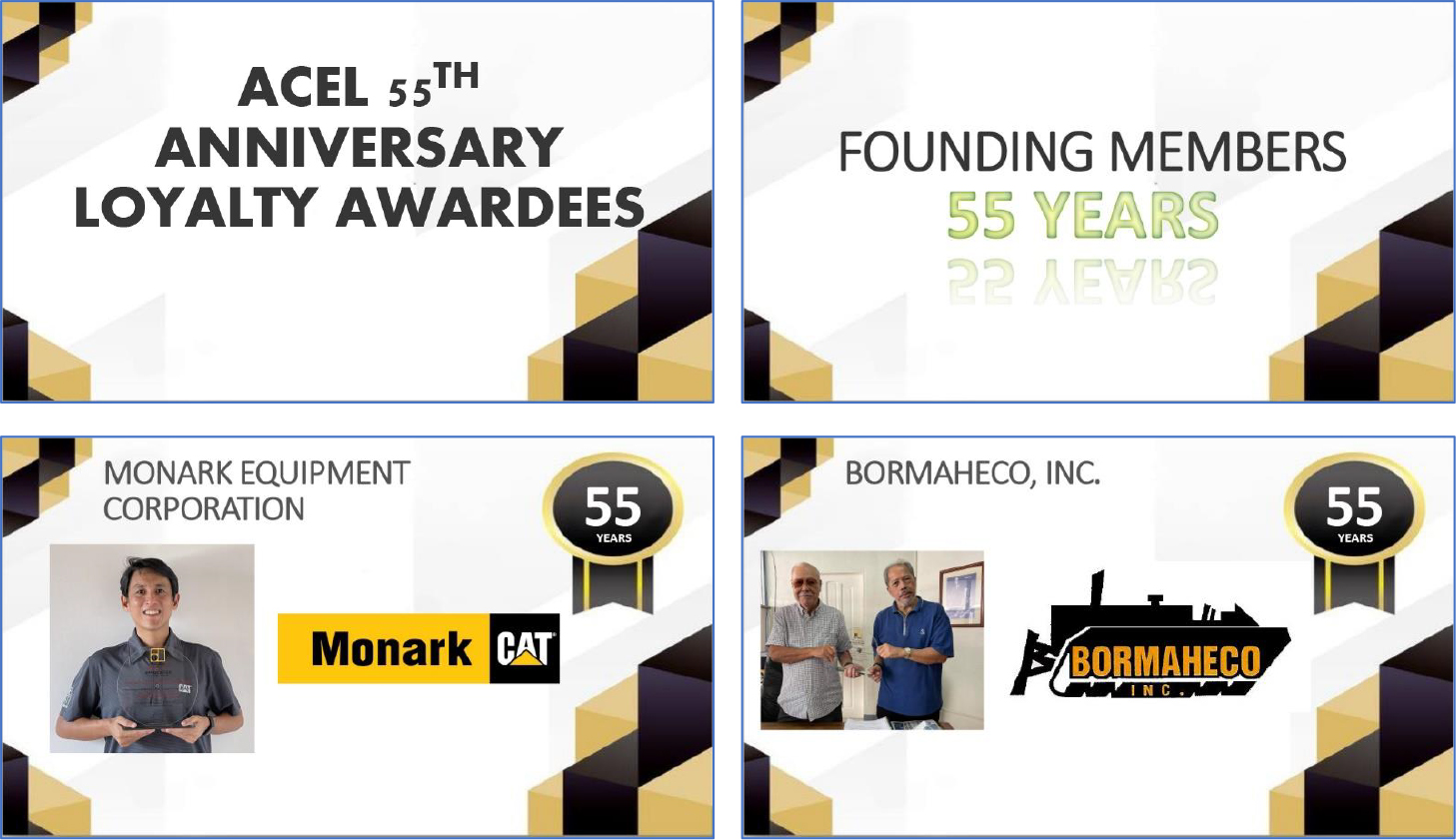 Conducted via the Zoom online platform, the meeting was highlighted by the presentation of loyalty awards to companies which have been ACEL members for 26 years or more. The list was led by Monark Equipment Corporation and Bormaheco Inc. which were both honored as founding members. F.F. Cruz & Company Inc. was recognized for being an Association member for 53 years, while Phesco Inc. and D.M. Consunji Inc. were cited for their membership of 48 and 45 years, respectively.

Awards were also given to individuals who have served as ACEL directors for many years. These Long Service Director Awardees were Antonio G. Coronel, Jovic P. Basilio, J. Eladio L. Angeles (the current Association president whose plaque was signed by Jonathan R. Perez, ACEL first vice president), Onofre T. Banson Jr., and Sixto T. Benedicto. The awarding of these long-serving officers was fittngly followed by a tribute to Eduardo P. Trinidad, ACEL’s immediate past president.

A product presentation is a regular feature of all the Association’s general membership meetings. And the second VGMM for 202i did not deviate from this standard format with a presentation from Manitowoc Crane Group Inc. Meanwhile, two companies – Earthworx Development Corporation and Equiprime Optimum Solutions Inc. – were inducted as new ACEL members.

As usual, the event was not all about business as it featured, like all ACEL affairs, plenty of fun time. A trivia contest that was focused on ACEL’s history gave the meeting the appropriate celebratory mood that crescendoed in a raffle draw where 55 prizes to mark the Association’s 55th anniversary were given to 55 lucky winners.