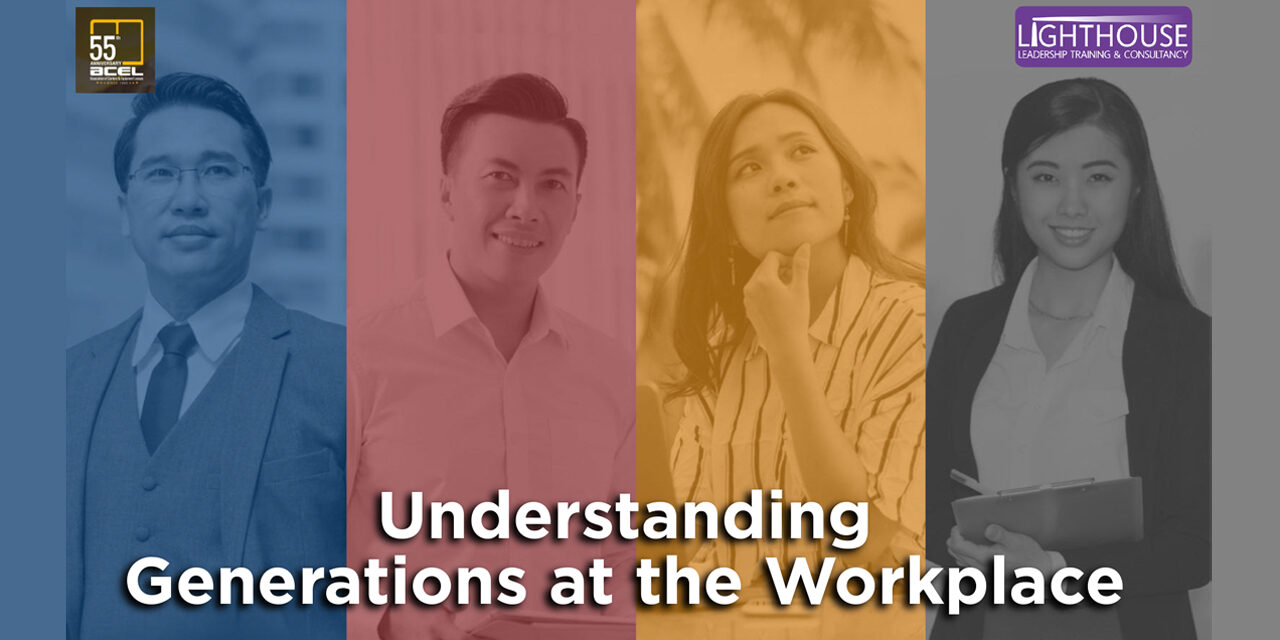 Today’s workforce is made up of people from four different generations, each of which has its own set of values, motivators and even attitude towards work. Thus, in order to maximize productivity, an organization should understand these differences and learn what makes each generation tick.

This was the topic that the Association of Carriers and Equipment Lessors (ACEL) looked into in its second Virtual General Membership Meeting (VGMM) for the year. Held on May 25, 2022, the meeting, which was conducted online via the Zoom platform, attracted 72 attendees who actively participated in the discussion that focused on “Understanding Generations at the Workplace.”

The interactive discussion was facilitated by Jennie Verano and GM Hernandez III, both of whom serve as managing partners in Lighthouse Leadership Training and Consultancy. Experienced trainers and facilitators, the two prefaced the discussion by explaining that today’s workforce is composed of four distinct generations: the Baby Boomers who were born during the period 1945-1960, Generation X who were born between 1961 and 1980, the Millennials who were born in the years 1981-1995, and Generation Z who were born after 1995.

Pointing out that each generation is different, the two cited, for instance, that Baby Boomers are workaholics who work hard, while Generation X members prefer to “work smart.” Millennials, on the other hand, believe in work-life balance, which Generation Z workers have further tweaked into a work-life blend. Given these differences, Baby Boomers are, thus, motivated by salary, while Generation X members work for both salary and security. Millennials put great importance on their personal life and on their work’s social impact, while Generation Z workers are driven by personal calling and their work’s world impact.

Verano and Hernandez then opened up the discussion to the meeting participants who eagerly shared their experiences and insights. The very lively discussion, participated in by all four generations, brought out several interesting points which made clear that, when it comes to managing today’s workforce, a “one size fits all” approach cannot work. But once these generational differences are understood and catered to, maximizing productivity is achievable.