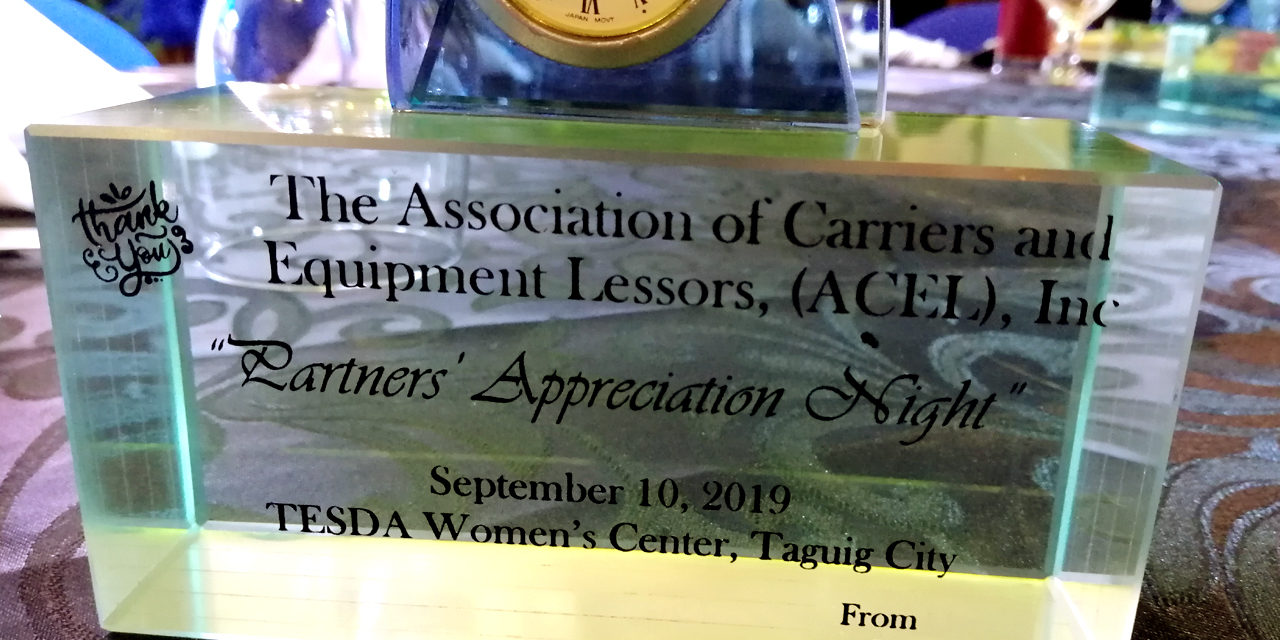 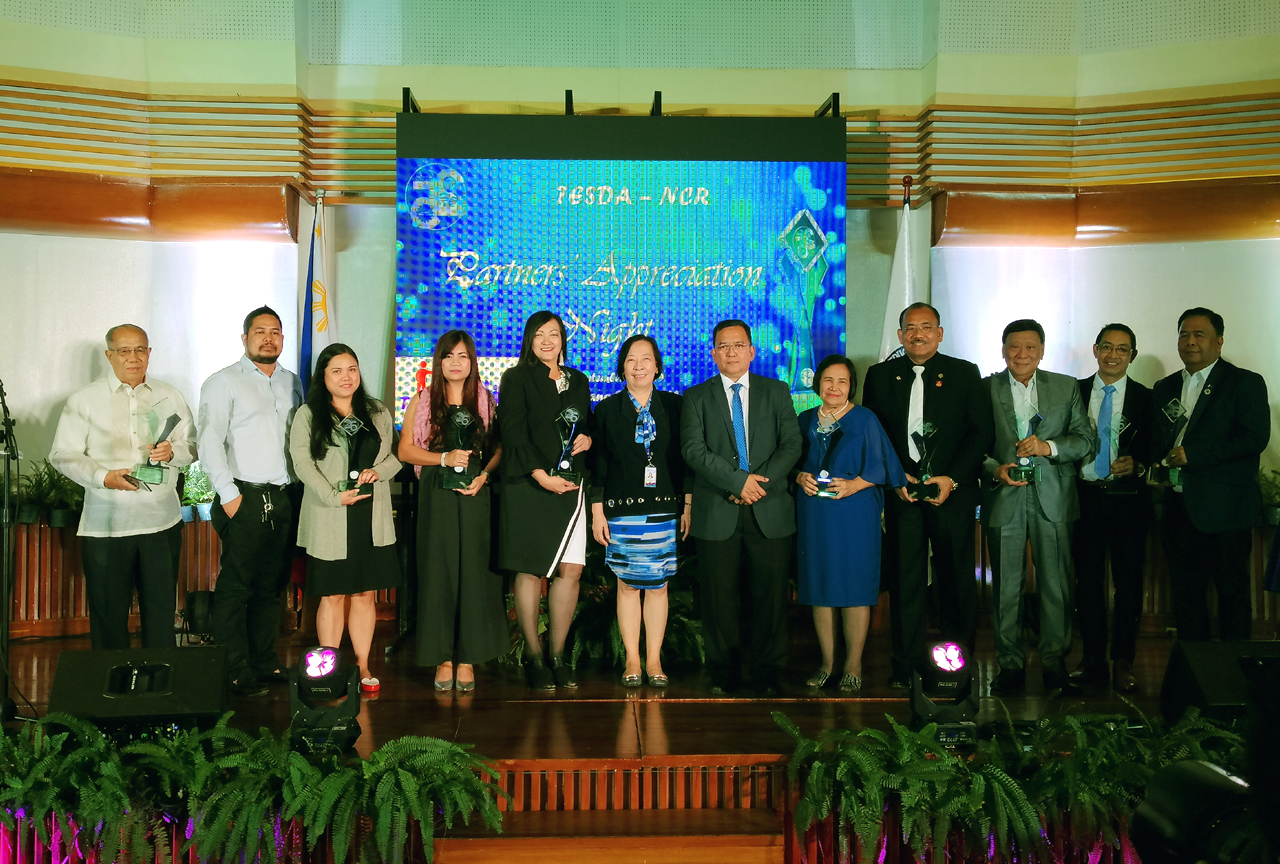 The Association of Carriers and Equipment Lessors (ACEL) was one of the institutions honored during the Partners’ Appreciation Night of the Technical Education and Skills Development Authority – National Capital Region (TESDA – NCR) last September 10, 2019. Held at the Tandang Sora Hall of the TESDA Women’s Center in Taguig City, the affair was organized as TESDA – NCR’s way of thanking the organizations and companies that have consistently supported its programs and projects.

In his welcome remarks, NCR Regional Director Conrado C. Bares said these partner-institutions enabled TESDA – NCR to win the award as the best among all the authority’s regional officers in terms of productivity and overall performance.

ACEL has been a long-time supporter of TESDA. For instance, it is an active participant in the Competency Assessment and Certification for Workers (CACW) program, a TESDA flagship project that offers Filipino industrial workers the opportunity to have their competency in various industry classifications assessed and certified for free. It also regularly participates in the authority’s yearly celebration of National Tech-Voc Day.

Describing ACEL’s partnership with TESDA as “a continuing initiative,” Eduardo P. Trinidad, the Association’s president, reported during last August’s general membership meeting that that the two organizations are currently in the process of reviewing the Training Regulation (TR) for Heavy Equipment Regulation.  ACEL, he said, provided the technical experts who reviewed and updated the TR which is scheduled to be presented to the TESDA board in the last quarter of this year.

It was also in this meeting that Labor Secretary Silvestre Bello III hailed TESDA’s contributions to nation-building, citing specifically its partnership with TESDA (see related story). This partnership, he noted, “has tremendously contributed in supplying the skilled worker requirement of the big-ticket infrastructure projects” under President Rodrigo Duterte’s Build! Build! Build! Program.