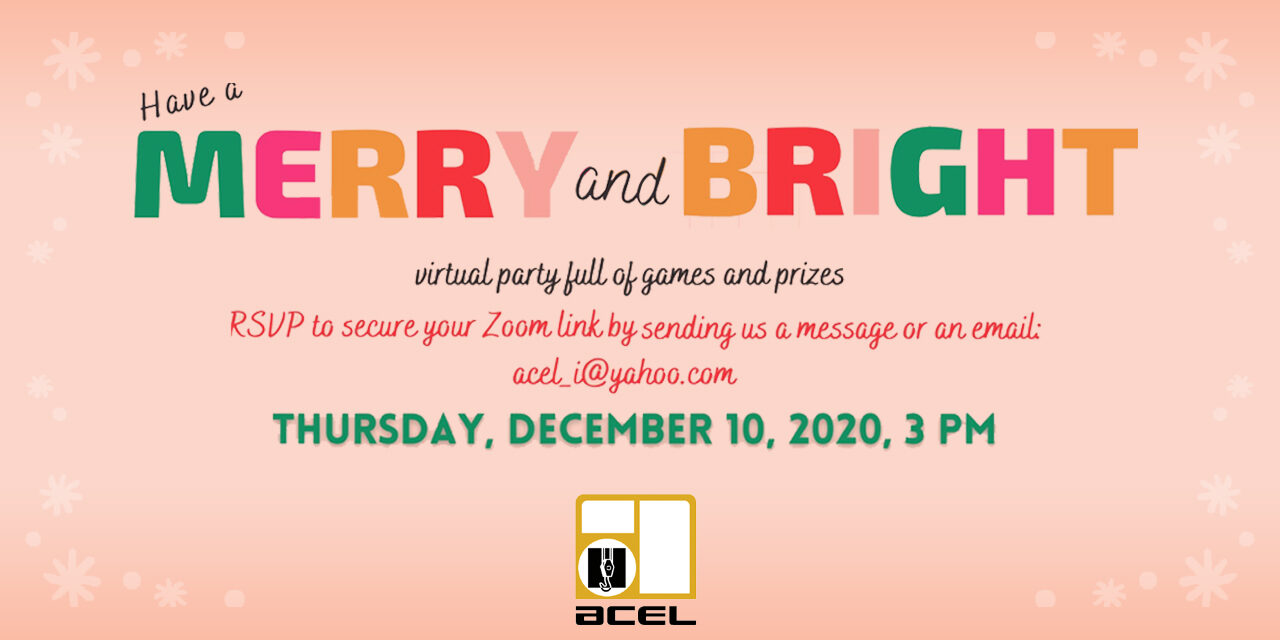 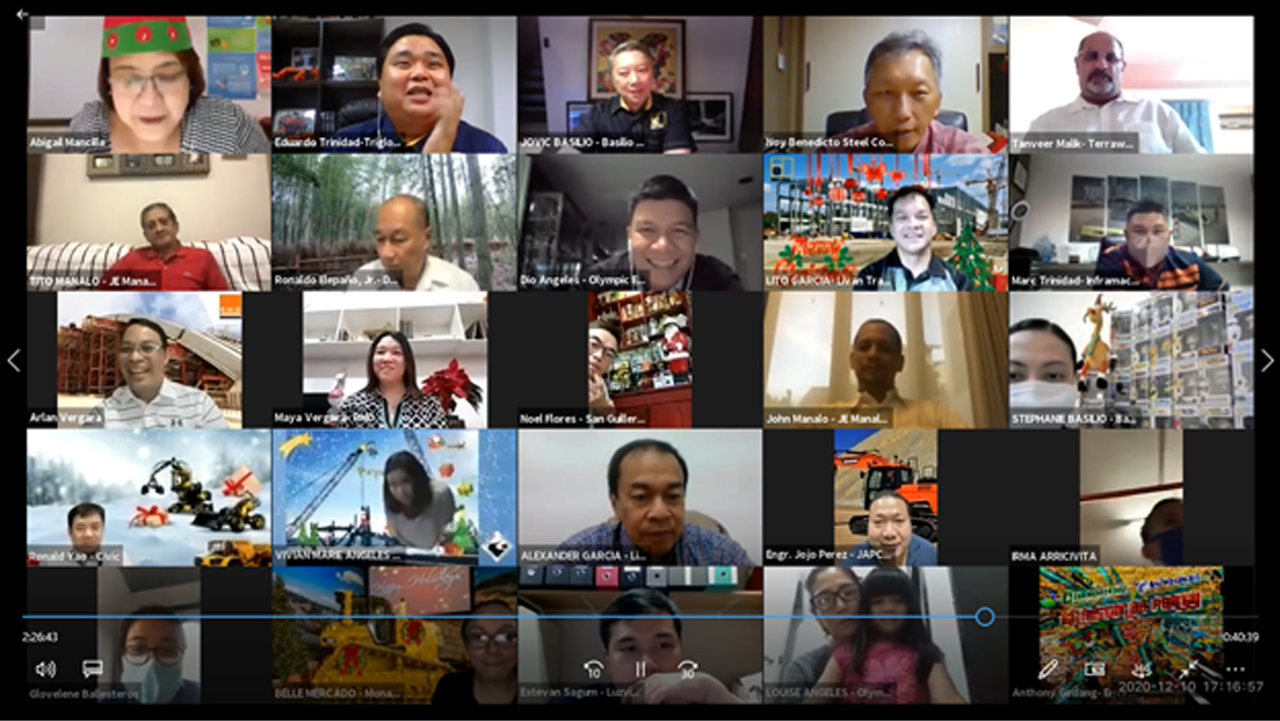 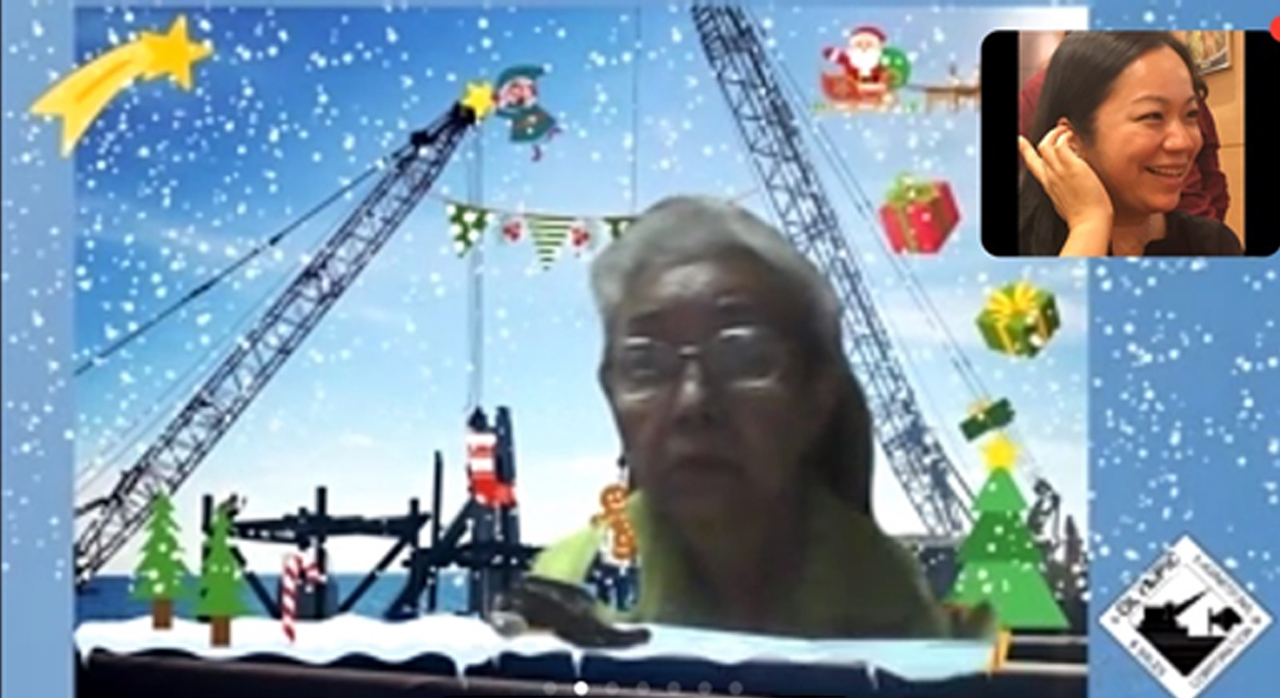 The Association of Carriers and Equipment Lessors (ACEL) recently proved that, despite the stringent COVID-19 protocols, nothing can stop the joy and camaraderie that Christmas brings. And that was exactly what the Association’s members experienced last December 10 when the ACEL Online Christmas Party 2020 was held – an afternoon of fun, fellowship and laughter! Conducted through the Zoom online platform, the party featured several games, including an online bingo game where the players submitted their bingo cards before hand and which they filled up by answering questions about ACEL. A memory game, meanwhile, revealed – amid much teasing and fake coaching from the audience – just how familiar or unfamiliar the participants were with the logos of the Association’s member-companies.

There was also a contest for the best Christmas construction virtual background where participants were asked to come up with a construction industry-related design, spiced up with a Christmas motif, that should then serve as their virtual background when they appear online. Although it sounded easy enough, the task proved quite challenging which was probably why only 20 were able to submit entries. In the end, and after the judging that was done by ACEL President Eduardo P. Trinidad, the entry of Isabel “Sally” Angeles, the mother of J. Eladio L. Angeles, president of Olympic Engineering and Sales Corporation and incoming Association president, was declared the contest winner.  She was awarded a copper mask as her prize.

But what really sent the party rocking was the “Guess Who That ACEL Director Is” game where baby pictures of the Association’s officers were shown for the members to identify. Some of the pictures were easy to identify but a number had the party participants stumped. One lady was, in fact, prompted to comment: “He was so cute pala as a baby so what happened to him?” However, since Christmas is also the season for charity, this lady – and the director whose baby picture she was referring to – will remain unnamed.

The party was also highlighted by the induction of the newly elected ACEL directors. This was done with the help of a superbly crafted audiovisual presentation that made the Association’s 2021 officers look like heroic “Game of Thrones” characters. Two new ACEL members were likewise inducted: Terrawood Corporation which was represented by Tanveer Ahmed Malik and Alibaton Construction Inc, which was represented by Jerome Imaysay.

The party ended with the participants exchanging holiday greetings and with everyone wishing that next year’s ACEL Christmas get-together will already be COVID-free so that it can once again be an actual – and not just a virtual – gathering.